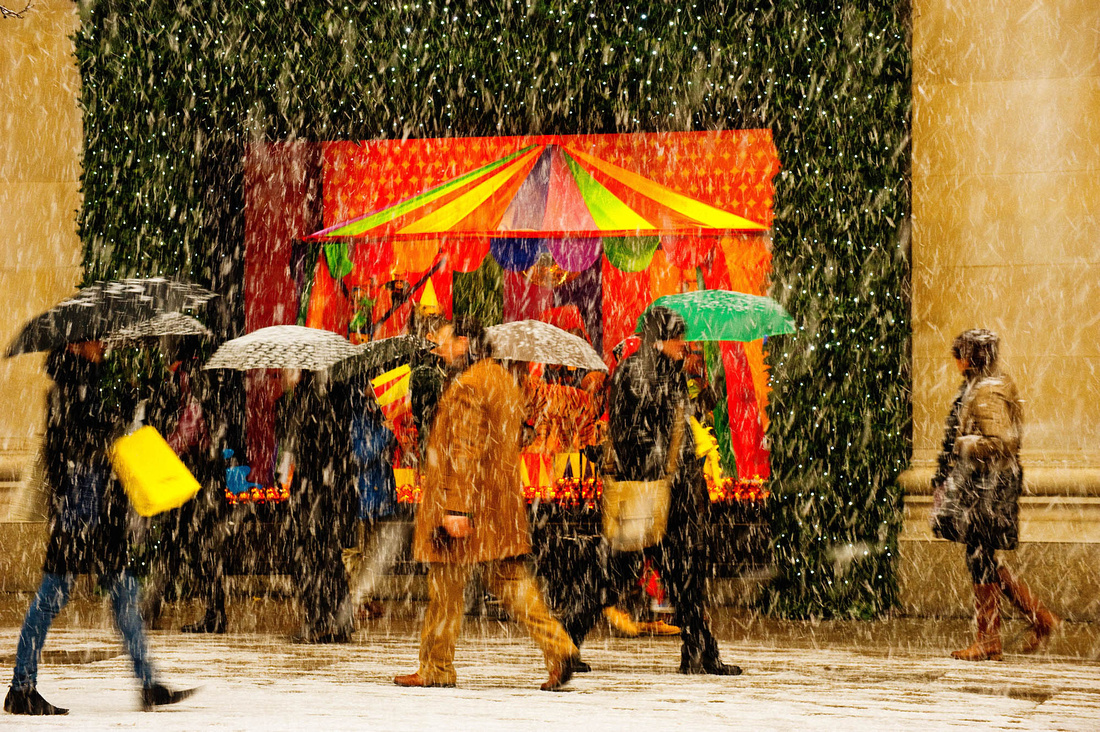 I was incredibly proud that one of our pictures helped raise £10785 for Great Ormond St Hospital in an auction of photographers by Fleet Street photographers. The appeal is named after Yasmin Parsons aged two who has been diagnosed with Leukemia; Yasmin is the daughter of Andrew Parsons a fellow photographer and it was decided to rally round and help the appeal for a good charitable cause.

The picture of Christmas shoppers walking past Selfridges during a snow storm was originally shot for an editorial feature in The Mail on Sunday and was subsequently published in both The Daily Telegraph and The Guardian.

Elsewhere this month we have been kept busy with one rather hectic weekend which seemed to have a theme of royalty through it. First off I had to photograph "Pop music Royalty" in the shape of Kylie Minogue for The Sunday Times at the BBC Proms in the park.

The next day we deployed a team of photographers and print production staff to the Liberal Jewish Synagogue at St Johns Wood to cover the Bat Mitzvah for the daughter of one of the congregation. The entire hall had been bedecked with Union flags and bunting as well as patriotic decorations to rival this summer's jubilee celebrations and events.

Our new updated onsite printing worked a dream with every one of the guests being able to take away a high quality professional photograph of themselves and family with them on the night.

As the nights are drawing in and the winter and Christmas/New Year's Ball season is rapidly approaching now might be a good time to use the contact form to inquire about any bookings you may wish to consider.